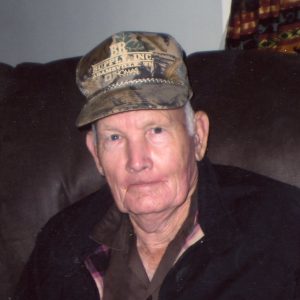 J. L. “ Dugger” Linville was born Nov. 19, 1932 in Olive Hill, Tennessee, the son of the late Kelsey Lee and Eula Mae Linville.
On Jan. 31, 1953, he was united in marriage to Frankie D. Casteel, who survives.
Mr. Linville was a self employed auto mechanic and logger. He was a member of the Olive Hill Cumberland Presbyterian Church in Savannah, where he served as an elder. He spent his whole life in Hardin County.
He was a good man who didn’t have a lot to say. He kept to himself and wasn’t the kind of man to socialize. He was not outspoken, and everyone who knew him liked him. He always loved to see company coming to visit, but chose to sit back and listen instead of joining in on conversations. He loved his family and always looked forward to times when the kids and grandkids were coming by, especially if a big meal was planned.
He loved his little dog, “Bo,” that he treated like a human being instead of a dog. Wherever he chose to sit, Bo was either found at his feet or in his lap.  His favorite time of year was spring because that meant hay season. He would begin to get his tractor and baler ready a month ahead of time, and would often cut and bale before time to do so because he was so anxious to get started. He just loved being outdoors and would always find something needing done or fixed, just to get out there.
He departed this life on Friday, April 17, in Savannah, at the age of 87 years, four months, 29 days.
He is survived by his wife Frankie D. (Casteel) Linville of Olive Hill; a daughter, Teresa Jean Riley and husband Gene of Olive Hill; a son, James Lynn Linville and wife Suzanne of Savannah; three grandchildren, Corben Jerrolds and wife Amber, Rose (Linville) Box and husband Logan, Josh Linville and wife Amanda; and five great grandchildren, Jayden Jerrolds, Jase Box, Alice Box, Cheyenna Linville, Jersey Linville.