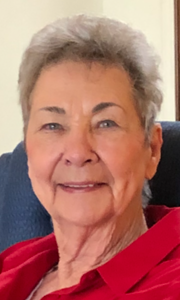 Erma Jean Whitehead-Bradfield of Counce, was born on March 21, 1939 in Water Valley, Mississippi, and passed away on April 19, at her home surrounded by her family.
She is preceded in death by her parents, William Luther Shepherd and Margie Lucille Shepherd; her husbands, Earl N. Whitehead, and Jack Bradfield; and her sister, Debra Ann Jackson.
She had also lived in San Diego, California and Memphis, Tennessee. She worked for many years with her husband, Earl, as part of their business, E and J W Enterprises.
She loved playing golf at Singing Hills Country Club in El Cajon, California. She enjoyed being part of the Dam Ladies of Shiloh Falls, playing bingo, bunko, and chicken foot with her friends. Jean was a member of Hopewell Baptist Church in Savannah.
She is survived by her daughter, Wendy Kelly of North Little Rock, Arkansas; her son, R. “Ed” McCampbell of Counce; her grandchildren, Lisa Burr (Michael) of Henderson, Nevada, James McCampbell (Rachelle) of North Port, Florida, April McCain (Tim) of El Cajon, California, Patrick Kelly of San Diego, California, and Sabrina Wright (David) of Edmond, Oklahoma; and her sisters, Helen Patterson, of Mobile, Alabama, Janet Shepherd, of Columbia, Missouri, and Melinda Vaughn, of Walnut, Mississippi. She also had 14 great grandchildren and four wonderful stepchildren, Linda, Geri, Jacki, and Larry.
Cutshall Funeral Home of Iuka, Mississippi is entrusted with the arrangements. A private graveside service was held on Tuesday at Forked Oak Cemetery. In lieu of flowers, please make a donation in Jean’s honor to Legacy Hospice of Tennessee. An online guestbook may be signed at www.cutshallfuneralhome.com.