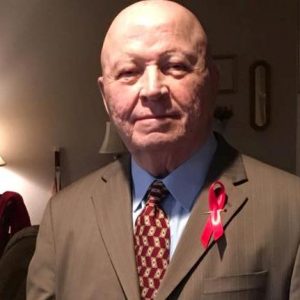 Jerry Lynn Jones, 72, of Pickwick Lake, Tennessee,  (formerly of Memphis, Tennessee); passed away April 10, in his home surrounded by his beloved family.
Jerry was born in Piney Flats, Tennessee, on Jan. 22, 1949.  He was preceded in death by his parents, Grace Kate Oliver Jones and Charles Judson Jones, as well as his brother Charles Wade Jones.
Jerry had a full and productive life. He graduated from Science Hill High School in Johnson City, Tennessee, as well as attended East Tennessee State University for his associate degree.
Jerry also served in the United States Navy during the Vietnam War Era. After his time in the Navy he was employed by the FAA as an air traffic controller. In 1979 he married Judith Ann Kelly, his best friend and love. Jerry and Judi created a wonderful family that are all so very close because of Jerry’s love, kindness, and devotion. In the 1980s he was employed by Smith and Nephew as a graphic designer of hips in the research and development department. He enjoyed the challenge of his work.
As a young man, Jerry enjoyed deep sea fishing, but golf was the sport he enjoyed throughout his life. He was an avid football fan and for many, many years was a season ticket holder to the University of Memphis football games. Jerry was very proud of his home and yard. He spent a lot of time working on his property and making it beautiful. The thrill of his life was his involvement in his grandchildren’s lives. He was involved in all of their activities, education, and faith.
Jerry is survived by his wife Judi; daughter Kelly Jo Blackburn (husband James) of Olive Branch, Mississippi; son Alan James Parrish (wife Jennifer) of Murfreesboro, Tennessee; and daughter Anne Kate Bryant (husband Josh) of Pensacola,  Florida; grandsons Eric Hoover, Audie Blackburn, and Jacob Bryant; as well as granddaughter Katelyn Bryant. He is also survived by sisters Patsy Ruth Alexander of Johnson City Tennessee; and Linda Lou Fellers of Spring Hill Tennessee.
A private service for his family is being held at Magnolia Funeral Home, 2024 U.S. 72, Corinth, Mississippi on Saturday, April 18. Jerry was a member of First Baptist Counce, P.O. Box 325, Counce, Tennessee 38326. The Rev. Jimmy McChristial serves as senior pastor. In lieu of flowers, please direct any donations to his church.