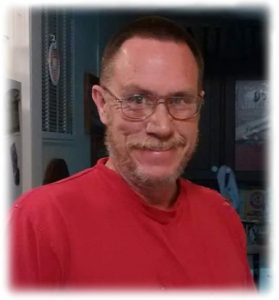 Larry Lee Yates, of Savannah, was born in Abbington, Virginia on Nov. 24, 1961,  the son of the late Charlie Mac and Frances Ann Catron Yates.
On Sept. 19, 1984, he was united in marriage to Rebecca Lynn Milligan, who survives.
For 12 years Larry served his country as a member of the United States Marine Corps, working as a helicopter pilot. Later he drove a truck for Schneider National and then worked for five years at Lowe’s; his last job was working at Yates Auto Repair and Towing.
Larry was a member of Munford Baptist Church.  In his spare time he enjoyed hunting, fishing and woodworking.
He departed this life on Thursday, April 2,  in Memphis, Tennessee at the age of 58 years, four months and nine days.
In addition to his wife of 35 years, Rebecca of Savannah; he is survived by his two sons, Heath Yates and his wife Jennifer and Casey Yates and his wife Brittany, all of Savannah;  grandchildren, Riley, Kylie, Landon, Tanner and Makenzie; five aunts and numerous cousins in Louisiana.
Larry was preceded in death by his parents, one grandchild, Jaden Lee Wesson-Yates; and two uncles, Jimmy Dale Yates and Tommy Smart.