Austin Carroll announced Friday he is running for state representative for the 71st District, which includes Hardin, Wayne, Lewis and western Lawrence counties. 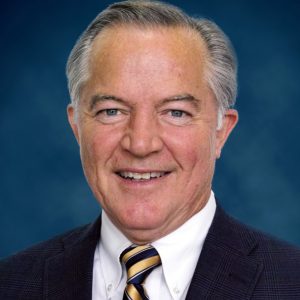 A former TVA engineer, CEO and current member of the Lewis County Commission, Carroll said he has the “commitment, experience, and know-how to bring resources to our area’s people and communities.”
Running in the Aug. 6 Republican primary, he is opposed by three-term incumbent David Byrd of Waynesboro, and Garry Welch of Savannah, according to the Hardin County Election Commission.
Carroll cites a business background including work as general manager of the Hopkinsville, Kentucky electric system starting in 1986. In 1999, in connection with the electric system, he launched EnergyNet, a municipal internet business, after private providers “were unwilling to offer broadband service to Hopkinsville.” He retired in 2017.
He said in his role as CEO, he worked on economic development with lawmakers at the state and national levels, and served on economic development councils for 30 years.
“All of these industry leadership roles provided me the opportunity to actively work to protect and expand affordable and reliable electric and internet services and bring new jobs to rural residents of western Kentucky and northwestern Tennessee,” Caroll said.
He said that in 1988 he was named Kentucky Landowner of the Year for natural resource practices on his farm, and has received numerous other recognitions for professional and volunteer activities.
Carroll said that in his role as a member of the Lewis County Commission, he has learned about the rural economic development resources available in the state.
However, the counties in the 71st District are “not fully benefiting from Tennessee’s Rural Development programs and funding. A strong and well respected state representative should take a lead role to bring these resources and funding to our people, businesses, towns and counties,” he said.