State Rep. David Byrd announced Wednesday he is running for a fourth term. 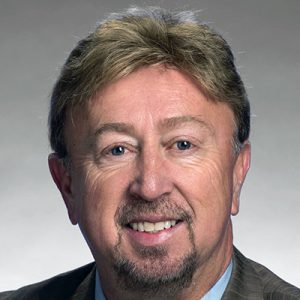 The Republican from Waynesboro represents the 71st District, consisting of Hardin, Lewis, Wayne and a portion of Lawrence counties.
In announcing his candidacy, Byrd cited his six years of experience, conservative values and “requests by hundreds of constituents asking me to continue to serve them in the Tennessee House.”
Noting the coronavirus outbreak, Byrd said having a freshman representative “during this crucial time could definitely result in our rural counties being overlooked in future key legislation that could help our constituents rebound from this devastating pandemic.”
The former educator describes himself as a “fierce advocate for education and conservative values” during his service in the House.
“Tennessee is thriving under conservative leadership. In recent years, more than 420,000 net new private sector jobs have been created. Our state has experienced the lowest unemployment rates ever, and a job growth rate greater than 17 percent. Additionally, we have cut more than $845 million in taxes over the last nine years — including eliminating the professional privilege tax for 15 licensed professions. Tennessee also has the lowest debt per capita, lowest overall taxes, no transportation debt, and the lowest interest rate in recorded history,” Byrd said.
Known for his frequent appearances at civic events across the 71st District, Byrd also said he is dedicated to providing constituent service.
He said his “ultimate goal is to ensure that each individual in District 71 has someone they can turn to in time of need.”
Byrd became a controversial figure in some circles several years ago after three women accused him of sexual misconduct dating back decades when he was their high school basketball coach. While not explicitly denying the allegations, he has said in statements that he is sorry if he hurt or emotionally upset any of his students.
He was reelected in 2018 after some of the claims circulated.