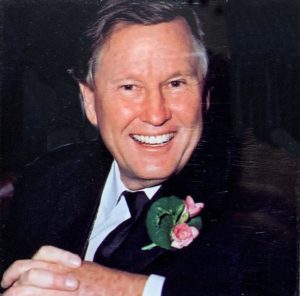 Loyd King was born Sept. 13, 1941, in Corinth, Mississippi, the son of the late George Sydney and Mary Duncan King.
He was united in marriage to Jane Heltsley on Dec. 24, 1963. After 45 years of marriage, Jane preceded him in death on Nov. 6, 2008.
Loyd was a generous, charismatic, larger than life man. He talked to everyone he met and before long knew everything about them. Loyd was a self-described “Jack of all Trades.” He was a self-made man accustomed to hard work. Loyd was the owner and operator of King’s Antiques and King’s Rentals. When he had some free time, Loyd enjoyed playing games of all kinds, especially Rook. He was very competitive and always tried his best to win at everything he did. He also enjoyed listening to music as a means of relaxation after a long day’s work. Loyd was a member of Fourth Street Church of Christ in Selmer.
Loyd departed this life on Sunday, March 22, in Savannah, at the age of 78 years, 6 months, 9 days.
He is survived by two daughters, Tammy Lynn King and husband Darryl Ligasan of Montvale, New Jersey, and Laura Beth King of Selmer; two grandchildren, Alexandria Jane King and Zachary William Conrad Ligasan; three great-grandchildren, Mason Nathaniel Kiestler, Aiden Wayne Kiestler and Abigail Nicole Kiestler; two sisters, Dorthy Capua and Norma Sue Siddiqi and husband Khalid; a brother, Eugene King and wife Beth; 28 nieces and nephews; numerous great-nieces and great-nephews; and a host of extended family and friends.
In addition to his wife and parents, Loyd was preceded in death by a sister, Laverne McEwen; and four brothers, Vernon King, Elbert King, Willard King and Bobby Dean King.
Services were held on Sunday, March 29, at 3 p.m., at Shackelford Funeral Directors in Selmer with Robert Shackelford officiating. Burial followed in Farmington Baptist Church Cemetery at Corinth, Mississippi.
Posted in Obituaries, Obituaries 2020