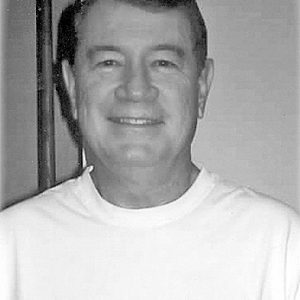 John David Adams was born in Tishomingo County, Mississippi on Aug. 14, 1947, the son of the late William Paul and Esther Welch Adams.
John grew up in Iuka, Mississippi, on his family’s farm. After graduating from Burnsville High School, he attended Northeast Community College and then went on to Mississippi State University where he received his degree in business and finance. After graduating from college, he first went to work with his father until starting to work for Ford Motor Credit where he stayed until he retired in 2000. On Aug. 24, 1974, he and Janey married and began their life together in Tupelo, Mississippi.
They welcomed their first child, Whit David, in October of 1975. A couple of years later, a job transfer took them to Nashville. John loved to serve others and found a new way to do so by becoming a deacon at their church, Crievewood Baptist Church. While in Nashville they welcomed their second child, Laura Anne, in January of 1980.
One last job transfer took them to Brandon, Mississippi. While in Brandon, John continued to serve as a deacon and member of the orchestra, playing saxophone at Crossgates Baptist Church.  John had many hobbies that kept him busy. He enjoyed building furniture, working on cars, and his latest hobby included restoring old tractors. John’s love of serving others grew as he began going on mission trips. These trips took him all over the world from Chile, Haiti, Thailand, Honduras, Mexico, Sri Lanka, Indonesia, Africa, and Alaska, New York, Texas and Montana here in the states. John was able to use the gifts and talents he was given on these trips by building shelves, tables, church construction, and any other job that was asked of him. John made friends easily with his gift of story and joke telling and entertaining others with his harmonica.
In 2005, John and Janey moved to Savannah to live out their retirement. John continued to go on many mission trips every year. He was an active member of Sharon Baptist Church, Mississippi Baptist Disaster Relief, and Baptist Medical and Dental Mission International.
After a two year battle with leukemia, he departed this life on Monday, March 16, in Savannah, at the age of 72 years, 7 months and 2 days.
In addition to his wife of 45 years, Janey Adams of Savannah, John is survived by his children, Whit Adams and his wife Audrey of Birmingham, Alabama, and Laura Hutchison and her husband Charlie of Savannah; grandchildren, Kellie Hutchison, Avery Adams, Keegan Hutchison and Sara Adams; brother, Thomas Adams and his wife JoAnn of Manteo, North Carolina; and sister, Carole Dixon and her husband Vance of Florence, Alabama.
John was preceded in death by his parents; one brother, William Paul Adams Jr.; and two sisters, Maye Smith and Anne Rushing.
Memorial donations may be made to: Sharon Baptist Church, 3514 Cravens Road, Savannah, Tennessee 38372; St. Jude Children’s Hospital, 262 Danny Thomas Place, Memphis, Tennessee 38105; or Darryl Worley Cancer Treatment Center 935 Wayne Road, Savannah, Tennessee 38372.