The Hardin County Commission held its regular monthly meeting Monday, but in an effort to comply with social distancing recommendations related to coronavirus, it was not business as usual. 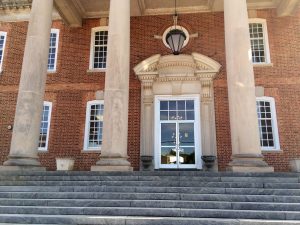