Hardin County officials confirmed a body was recovered Tuesday from the Tennessee River between 4-5 p.m. by someone fishing near Shiloh National Military Park. 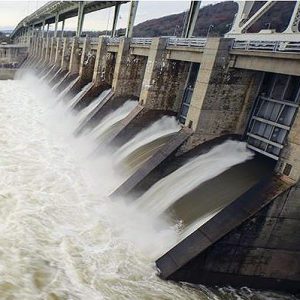 The still unidentified body is suspected to be one of three missing fishermen from Obion County.
The families of the missing Obion County group have been notified of the recovery, officials said.
The missing fishermen – two teens and an adult chaperone – were on an Obion County high school fishing team trip and have been missing since Saturday, Feb. 22.
Tennessee Wildlife Resources Agency spokeswoman Amy Snider-Spencer said the fishermen’s 1997, 20-foot Stratos bass boat was last seen that Saturday about 8:15 a.m., in a photo captured above Pickwick Dam. TWRA is the lead investigative agency into the incident.
The boat was occupied by 43-year-old Kenneth Driver and two 15-year-old boys when it went through a floodgate at the dam. One of the boys is now known to be Driver’s son.
The three were first reported as missing at about 9 p.m. on Sunday, Feb. 23, sparking a large search and rescue effort.
The search has at times included emergency response personnel from several state agencies and TVA, search and rescue crews from many surrounding counties, and about 100 volunteers on private boats.
The trio’s overturned boat was recovered Monday, Feb. 24, between 8-8:30 a.m. near the Tennessee River bridge at Savannah.
On Wednesday, Feb. 26, TWRA announced the search and rescue operation was transitioning to a search and recovery operation. In addition to noting the length of time the three were missing, the agency cited extensive damage to the recovered boat and environmental factors in the decision to cease rescue operations.
On Sunday, March 1, a candlelight vigil was held at Wayne Jerrolds River Park on for the three.
Hardin County Fire Chief Melvin Martin said Friday that the search will continue until all three are found.
The body discovered today is being sent to Memphis for autopsy to be positively identified.