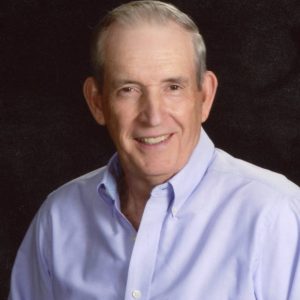 He was born in Savannah on Sept. 9, 1944, the son of the late Covey and Henrietta Hammond Qualls. On Nov. 9, 1991, he was united in marriage to Jimmie Franks, who survives.
Bobby was a 1962 graduate of Hardin County High School. After graduation he enlisted in the United States Army National Guard and served his country honorably from June 1965 until June 1971. Bobby was an electrician by trade and was a 50 year member of the I.B.E.W. Local 558 in Sheffield, Alabama. He worked for several different electrical companies throughout his career, retiring in April 2007 with Garnet Electrical Company. Bobby traveled with his electrical trade to several different states, including New York and Georgia.
He was a kind and humble man who loved the Lord, and especially his First Baptist Church family, where he loved to shake hands each Sunday morning. He was proud of his children and grandchildren. Bobby had many interest including, cars, trucks, riding his trike, gardening, blueberries, John Deere antique tractors, loved listening to country and gospel music, playing guitar, and collecting knives. He loved anything outdoors, especially gardening and raising corn for others, and anything Cardinal baseball.
Bobby is survived by his wife, Jimmie F. Qualls of Savannah; son, Todd Qualls and his wife Cindy of Pebble Hill, Tennessee; daughters, Tammy Littlejohn and her husband Steve of Dyersburg, Tennessee and Sarina Cagle of Savannah; grandchildren, Jacob Qualls, Justin Melton, Cayden Cagle, Tanner Cagle, Jaxson Cagle, Brittany Qualls Cox and her husband Ethan, Katy Melton Buck and her husband Guy, and Mila Cagle; great-grandchildren, Sydney Cox, Abel Melton, Kooper Finley, Korbyn Finley and Isabella Lott; and special niece and nephews, Michelle Qualls Watkins, Dennis Qualls and his wife Lisa, and Tim Qualls and his wife Teresa.
In addition to his parents, Bobby was preceded in death by a brother, James “J.C.” Qualls; and a sister-in-law, Carolyn Qualls.
Memorial donations may be sent to: Sheltering Tree Ranch, P.O. Box 1656, Savannah, Tenn. 38372.
Services were held on Friday, March 6, at 11 a.m., at Shackelford Funeral Directors of Savannah with Andrew Bosak and  Phil Cromwell officiating. Burial followed in Lutts Cemetery at Lutts, Tennessee.