TWRA is declining to reclassify an ongoing days-long search effort for three missing Obion County fishermen on Pickwick Lake as a recovery operation. 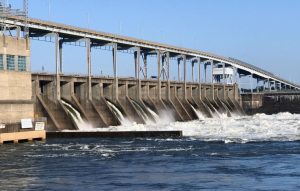 New information confirms their 20-foot Stratos boat was occupied when it went through the Pickwick Dam floodgates, and The Courier is now being told the last known sighting of the trio occurred at least 11 hours earlier than previously believed.
Tennessee Wildlife Resources Agency spokeswoman Amy Snider-Spencer said Tuesday morning that investigators verified the boat, which was found overturned near Savannah on Monday morning, was occupied when it went through the floodgates.
However, three well-placed sources involved with the search speaking on condition of anonymity said the boat went through the floodgate around 8:15 Saturday morning. Citing TWRA, multiple news outlets including The Courier previously reported the last known sighting of the three fishermen occurred around 6:45 Saturday evening.
Asked if volunteers should be informed the operation is more likely a recovery mission than a rescue, Spencer replied, “I never say recovery – that’s not a word I will use. There is always hope.”
Asked for comment or confirmation regarding the time of the incident, she said, “Then you have something I don’t have. What I’ve been told by the investigators on the scene is that the fishing team was last seen at 6:45 p.m. on Saturday.”
According to Spencer, there are five TWRA boats involved in the search, plus numerous volunteers and about 25 boats from professional search and rescue teams from Hardin and surrounding counties. A Jackson Police Department helicopter is also flying the area.
The three who are missing are described as two 15-year-old members of a high school fishing team and a 43-year-old chaperone, who has been said to be father to one of the boys, all from Obion County. Authorities have not released the names.
Obion County Director of Schools Tim Watkins said Tuesday morning that the fishing tournament was scheduled for early Saturday morning until Saturday afternoon. 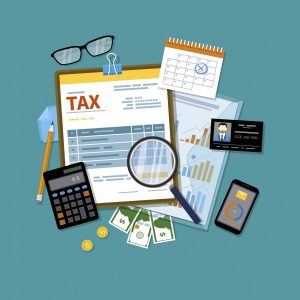