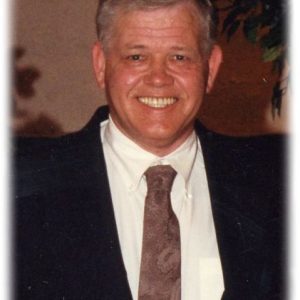 Ronnie Lynn Crotts, 71, of Athens, Alabama, died Sunday, Jan. 19, at his home.  He is formerly of Crump and Savannah.
Ronnie was born in Lauderdale County, Alabama, on July 3, 1948, the son of the late Rev. Andy Crotts and Elsie Davidson Crotts.  On Oct. 7, 1969, he was united in marriage to Bobbie Sue Clifton, who survives.
Ronnie served his country in the United States Army from 1968 until he was honorably discharged in 1970. He was a salesman for Campbell Taggart in Dallas, Texas.
In addition to his wife of 50 years, Bobbie of Athens, Alabama, Ronnie is survived by one daughter, Tracey Lynn Pope and her husband Billy of Athens, Alabama; grandchildren, Hunter, Dallas and twin granddaughters, Harley Kay and Carly Alexis Pope, all of Athens, Alabama; great-grandchild, Aiden Wilden Chase Pope of Athens, Alabama; and one sister, Reba Crotts Sawner and her husband David of Savannah.
In addition to his parents, Ronnie was preceded in death by his twin brother, Donnie Crotts and brother, Kenneth Crotts; and a sister-in-law, Jane Smith Crotts.
Services were held on Saturday, Jan. 25, at 1 p.m., at Shackelford Funeral Directors of Savannah with Keith Holloway officiating. Burial followed in Crump Cemetery.