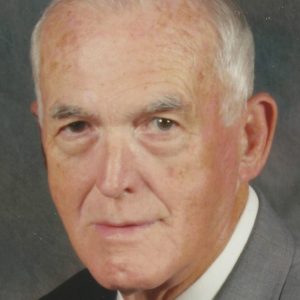 Lawrence L Smith Jr. entered this life on Aug. 26, 1933, the son of the late Lawrence L Smith and Mamie Young Smith.
For an obituary to tell you about Lawrence, it must first tell you about his Lord and Savior Jesus Christ because, above all else, Lawrence was a devoted follower of Jesus. He often told how, in January of 1961, he got down on his knees at 4096 Fizer Ave., Memphis, and dedicated his life to Jesus. He would say “I came up a new man!” – and, if you were around Lawrence very much, you knew it was true.
You weren’t going to talk to him long without Jesus being brought into the conversation. If asked how he was doing, he would usually respond by saying something like “Anybody on their way to heaven is doing great!” and turn the conversation to talking about Jesus. He was enthusiastically and unapologetically “evangelical” and “born again.” He was “evangelical” in the truest sense, believing the main purpose of any Christian’s life should be telling others about the free gift of salvation offered by Jesus in the hope they would accept it and become “born again” too. He truly wanted everyone to have the same joy and peace that knowing Jesus had given him.
He was also fond of saying “If Jesus said you must be born again, then it’s not optional – you must be born again. So you better figure out what Jesus meant.” (John 3:1-8) One of the few requests he had for his funeral was for there to be an altar call so he might help just one more person gain eternal life, and he often wondered aloud why eternal life, the greatest gift ever offered, was also the hardest thing to give away.
As much as he was known for talking about Jesus, he was also known for his friendly nature and having a joke for every occasion (usually three or four). He loved to laugh, he loved people and he simply enjoyed talking with them, both friends and strangers alike.
Lawrence graduated from Central High School in 1950. He later entered the Army and received a medical disability discharge in 1957. In 1962, he started a 28 year career at the United States Postal Service, retiring in 1990. He then became self-employed and continued to work until 2013. During this time he also served as pastor of two churches: Living Word Church in Sardis and Christ Temple Assembly of God in Saltillo, spending more than 20 years in this service to his Lord.  It was one of the greatest joys of his life but he never felt like he deserved to be called a “preacher” and would often say something like “I’m not a real preacher. I’m just a stamp licker that loves Jesus.”
He was helped through this life by his faithful, loving wife of almost 63 years, Berneice, nicknamed “Bunty.” He often said he never knew a more Godly person, either man or woman, and there was nobody on the planet he would rather have praying for him. He was frequent and effusive in his praise of her and her qualities as a wife, mother and devoted follower of Jesus Christ.
He is also survived by two sons, Robert L. Smith of Savannah and Kevin L. Smith of Alabaster, Alabama; a brother, Rev. Frank Smith of Columbia, Tennessee; a sister, Doris Smith Hudson of Savannah; and numerous nieces, nephews and in-laws he loved very much.
He was preceded in death by his parents; three sisters, Zubia Smith Parrot of Somerville, Tennessee, Esther Smith Gurkin of Moscow, Tennessee and Ruby Smith Yeiser of Memphis; and numerous in-laws, nieces and nephews.
Lawrence departed this life on Tuesday, Dec. 31, at the age of 86 years, 4 months and 5 days.
“Precious in the sight of the Lord is the death of his faithful servants.” Psalm 116:15
“Now there is in store for me the crown of righteousness, which the Lord, the righteous Judge, will award to me on that day—and not only to me, but also to all who have longed for his appearing.” 2 Timothy 4:8
Services were be held on Friday, Jan. 3, at 11 a.m., at Living Word Fellowship in Savannah with Ronnie Sanders and Frank Smith officiating. Burial followed in Neill Cemetery at Savannah.
Posted in Obituaries, Obituaries 2019