UPDATE, Dec. 6, 10:30 a.m. — Hardin County Sheriff Johnny Alexander says a student will be charged, but could not elaborate at this time.

INITIAL STORY– Hardin County Director of Schools Michael Davis said Friday morning that an incident regarding an alleged threat by a student at Hardin County High School was immediately addressed by law enforcement and school officials and it is safe for all students to attend classes. 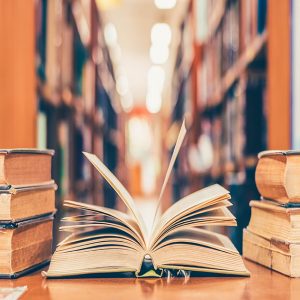 “I sent my own child to school this morning – it is safe. There is no threat to students,” he said.
According to Davis, the incident began Thursday afternoon at approximately 3 as schools were preparing to dismiss students. The student in question was overheard making a general threat against the school or students by other students nearby.
One or more of the students who overheard the possible threat reported it to school administration. The principal then called Davis and the Hardin County Sheriff’s Department by approximately 3:30 p.m., or 15 minutes after dismissal for the day.
Sheriff’s Department investigators made a home visit yesterday afternoon and interviewed the student and a parent of the student. It was determined that although the student would not be allowed to ride a school bus this morning or attend classes, the student and their parent were to attend a meeting at the high school this morning.
The meeting between the student, the parent, school administration and law enforcement from more than one agency was held this morning at 8:30 a.m., and a determination on what action to take going forward has yet to be announced.
Davis said this incident involves one student at one school, and law enforcement and school officials addressed it immediately and are continuing to work out how to best move forward.
“There is even extra security at the high school, out of an abundance of caution and really to help students feel more secure. We’ve always got one SRO there, but Sheriff Alexander put an extra deputy or two on campus today, we know who the student is, and the situation is being addressed. The safety of our students is always the number one priority for Hardin County Schools, far beyond anything else,” Davis said.
Hardin County Sheriff Johnny Alexander also issued a public statement this morning via social media, saying, “We would like to reiterate that our schools are well covered with our school resource officers that we have in place at every school. While we will continue to be as transparent as we can on this matter we are unable to provide more information because the investigation is active and ongoing.
“In instances such as these when the investigation involves a juvenile there is certain information that we are unable to release. The Hardin County Sheriff’s Office along with the Hardin County High School officials are working together to resolve the issue.”