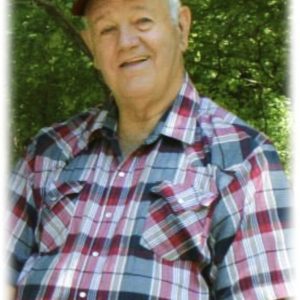 Wallace Columbus Tanner, of Savannah, was born in Hardin County on May 26, 1945, the son of the late George Columbus and Rosetta Hurley Tanner.
On Dec. 18, 1965, he was united in marriage to Elizabeth Ayers, who survives.
Wallace served his country in the United States Army and was a utility worker for the City of Savannah for 22 years. He was a member of Lighthouse Pentecostal Church, where he was a board member for 28 years. Wallace love to fish, hunt, work in his garden and play the guitar.
He departed this life on Saturday, Aug. 3, in Nashville, at the age of 74 years, 2 months and 8 days.
In addition to his wife of 53 years, Elizabeth of Savannah, he is survived by his children, Brenda Flatt and her husband Trent, Barbara Linville and her husband Jim, Wanda Cherry, Jimmy Tanner and his wife LaShawn and Jonathan Tanner, all of Savannah; grandchildren, Bryce Flatt, Brodie Flatt, Lee Myers, Wes Linville, Anna Myers, Dustin Myers, Colby Webster, Timothy Webster, Kayla Webster, Dakota Tanner, Trae Tanner and Allie Grace Tanner; great-grandchildren, Lauren Bowden, Alex Bowden, Justin Grammer, Layna Myers and Kenslynn Monaco; sister, Nettie May DeShazier and her husband Junior of Savannah; and brother, James Tanner and his wife Bonnie of Savannah.
Wallace was preceded in death by his parents; two sisters, Cathy and Becky Tanner; and one great-grandchild, Jackson Grammer.
Memorial donations may be made to St. Jude Children’s Research Hospital.
Services were held on Tuesday, Aug. 6, at 1 p.m., at Lighthouse Pentecostal Church in Savannah with Ernie Cordova officiating. Burial followed in the Wesley’s Chapel Church Cemetery at Savannah.