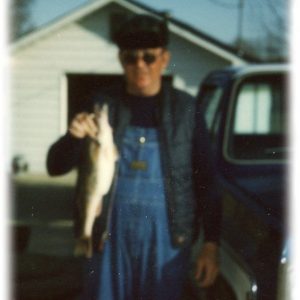 Joe Ray, of Savannah, departed this life on Sunday, Aug. 4, at the age of 84 years, 11 months and 2 days. He was born in Clifton on Sept. 2, 1934, the son of the late George Levi “Lee” and Gladys Warren Ray. On Nov. 25, 1952, he was united in marriage to Dorothy Savage, who survives.
Joe worked on the river for 43 years, retiring from Crounse Corporation as a towboat Captain after 24 years with the company. He was a member of Olivet Cumberland Presbyterian Church, where he enjoyed helping maintain his church when he was able and enjoyed having fish frys to help raise money for the youth group.  Joe was an avid fisherman and a devoted husband, loving father and PawPaw.
In addition to his wife, Dorothy Ray of 66 years, Joe is survived by his children, Ricky Lee Ray and his wife Jill and JoAnn Ray Wesson and her husband Jimmy, all of Savannah; grandchildren, Sonya Tacker of Savannah, Garrard Wesson of Nashville, Matthew Wesson of Savannah and Amanda Baldwin of Texas; four great-grandchildren; brother-in-law, Larry Powell; and sisters-in-law, Betty Lou Ray and Vicki Powell.
Along with his parents, Joe was preceded in death by a brother, Bobby Lee Ray.
Services were held on Tuesday, Aug. 6, at 11 a.m., at Olivet Cumberland Presbyterian Church in Savannah with Duwayne Pounds and Mitch Boulton officiating. Burial followed in Memory Gardens at Savannah.