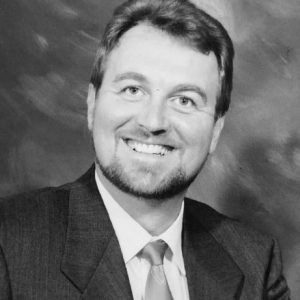 Charles Joseph Shaw, Atlanta resident and Tennessee native, passed away in his home the morning of April 25, surrounded by his family after a long and hard-fought battle against cancer.
He was born in Savannah on Aug. 29, 1957, to Evelyn and Larry Shaw. He grew up working in the Shaw Motel, became an Eagle Scout, and played high school football. He graduated Valedictorian of his high school class of 1975 and graduated with honors from the University of Tennessee in Knoxville, earning a Bachelor of Science in chemical engineering. Outside of Saturdays in Neyland Stadium cheering on the Vols, Chuck cherished his work with the Tennessee Valley Authority.
He moved to Atlanta where he met his wife, Lynne Shaw. They were married in Paradise Garden on Sept. 1, 1990, in Summerville, Georgia, by one of his favorite artists, Rev. Howard Finster.
His career in chemical engineering spanned 38 years, he was director of business development at Koppers Performance Chemicals which earned him lifelong friends, annual ski and golf trips, and a passion for working hard and helping others. He was a card-carrying member of the American Institute of Chemical Engineers as well as a Society of Plastic Engineers.
When he wasn’t working, he was hitting the links with friends or throwing a game of disc golf with his daughters. He was an avid Tennessee Volunteer Football and Lady Vols Basketball fan his whole life. Friends and family knew him as the life of the party and he was never without a story to tell, whether it be of growing up fishing on Lake Pickwick with his brother or his travels around the world.
He is survived by his wife, Lynne, his daughters, Honey and Maggie, his brother, Stanley Shaw of Savannah.
A memorial celebrating his life will be held Thursday, May 2, at the H.M. Patterson & Son-Spring Hill Chapel located at 1020 Spring St NW, Atlanta, Georgia 30309 at 4p.m. The service will be followed by a reception at the Chapel.
In lieu of flowers, the family requests donations be made to the UT Tickle College of Engineering, the National Park Foundation, or the Darryl Worley Foundation for Cancer Research.
He never met a stranger and would not hesitate to welcome or help however he could. He was an extraordinarily loved man who will be missed.