Tennessee Gov. Bill Lee sent a formal request Friday to President Donald Trump to make federal recovery assistance available to cities and counties impacted in February’s significant flooding and severe storms.
Funding for both public and individual assistance is included in the request for Hardin County.

“The severe flooding has left many Tennessee jurisdictions unsure about how to fund the unexpected need to repair infrastructure and pay for their emergency measures,” Lee said. “I believe we have demonstrated the need for federal assistance is necessary and if granted, will lessen some of the financial burden on local resources for flood response and recovery.”
Since the heavy rain, major flooding, and severe storms began on Feb. 6, 83 of Tennessee’s 95 counties have reported some level of flood damage and severe weather impact.
Lee’s request asks the Federal Emergency Management Agency to make the Public Assistance program available to 58 Tennessee counties, including Hardin, Wayne and McNairy, impacted by the flooding and severe storms from Feb. 6, 2019, onward.
On March 8, Tennessee Emergency Management Agency Director Patrick Sheehan asked FEMA to send federal teams to the state to begin joint preliminary damage assessments on the flooding damage at the county level.
Based on the FEMA joint preliminary damage assesments, the requested counties demonstrated they had met or surpassed federally-established loss thresholds to qualify for relief through FEMA’s Public Assistance program, according to the governor’s office.
The qualifying losses for county, municipal, state agency, and utility infrastructure impacts and emergency expenditures totaled $68.3 million due to the flooding and severe storms.
“We expect to add more counties to both FEMA’s preliminary damage assessments and to the Major Disaster Declaration request,” Sheehan said. “As flood waters recede in other impacted counties, we are confident with additional time, more damages will surface which will meet and exceed the federal per capita loss requirements.”
FEMA’s public assistance program reimburses local and state governments, utilities, and certain private, non-profit organizations for emergency protective measures and debris removal, and for repairs to roads and bridges, water control facilities, buildings, and equipment as the result of a federally-declared disaster.
Lee’s declaration request also asks FEMA to make available the federal Individual Assistance program in the counties of Decatur, Hardin, Humphreys, Perry, and Sevier which, if awarded, would provide direct help to Tennessee residents in the requested counties who demonstrate eligibility for the IA program.
Information on FEMA’s IA program is at: https://bit.ly/2YoiUDZ.
Last week, the Tennessee Department of Transportation received $10 million in emergency relief funds from the Federal Highway Administration to help expedite repairs to the state’s highway network. The department currently estimates damages from February’s storms total more than $83 million. TDOT says it has initiated 32 emergency contracts totaling $56 million.
The governor’s office also said the state agriculture department is coordinating with partners to assist farmers following the excessive rainfall.
Flooding and washouts in low-lying areas and river bottomlands, particularly in West Tennessee, have affected winter wheat and cover crops, which are planted to protect against soil loss. Farmers in counties experiencing a crop loss of 30 percent or more may qualify for a USDA Secretarial Disaster Designation, making them and farmers in adjacent counties eligible to apply for low-interest emergency loans.
“Gov. Lee and I have seen firsthand the impact of this flooding on farmers,” said Agriculture Commissioner Charlie Hatcher. “We will continue to work with USDA to ensure that damage assessments are conducted, and we are prepared to support agricultural disaster designations where appropriate. It’s critical that these farms return to operation as soon as possible, particularly with the planting season upon us.” 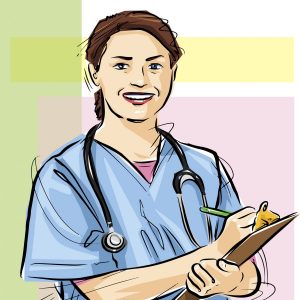