As Tennessee property owners recover from February’s heavy flooding and severe weather, the Tennessee Motor Vehicle Commission reminds consumers to be on the lookout for flood-damaged vehicles that will likely be popping up for sale.
After a flood or natural disaster, it’s a common practice for owners of flooded vehicles that have been declared total losses by insurance companies to be allowed to retain damaged vehicles. Instead of sending the flooded car to the junkyard, scammers will attempt to sell flooded vehicles quickly, hoping to stay ahead of computer system updates so that title check systems don’t have time to detect a car’s history. By the time a consumer discovers the vehicle’s history, the seller will be long gone. 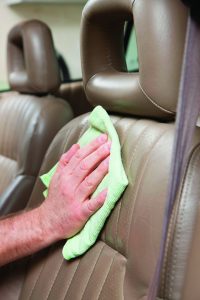 “Operating a flooded vehicle that received non-repairable damage in a storm is dangerous for both the vehicle’s driver and other commuters,” said Tennessee Department of Commerce and Insurance Commissioner Julie Mix McPeak. “We want Tennesseans to be aware of unscrupulous individuals who aim to make money by selling a defective vehicle that’s been disguised as being perfectly good. I urge consumers, if flooding has left you in need of a new or used automobile, to be wary of vehicle scams and learn the law.”
The Motor Vehicle Anti-Theft Act of 1996 makes a clear distinction between a “freshwater flood” vehicle which can be rebuilt and a “saltwater damaged” vehicle which cannot be rebuilt. Tennessee titling laws, administered by the Tennessee Department of Revenue, distinguish between “non-repairable” and “salvage” vehicles by the type and extent of the damage. (The determination about the type and extent of damage is made by the insurance company.)
The Tennessee Motor Vehicle Commission provides the following post-flood consumer guidelines:
•Prior to the sale of a flood vehicle, any person selling a flood vehicle is required by law to disclose such history to the purchaser. Further, once titling that vehicle, the purchaser will receive a branded vehicle title indicating the vehicle’s salvage history. Having such a title will substantially impact the value of that vehicle for further resale.
•Anyone attempting to purchase a vehicle in the near future should be on the lookout for indicators of a flood vehicle, such as a musty smell, damp carpets, or mud/silt under the seats, and should attempt to find the vehicle history prior to purchasing.
•Use a reputable title check service, such as the National Motor Vehicle Title Information System, to check the vehicle history. If you find that it was last titled in a flood-damaged area, you should ask a lot of questions before making a decision. Keep in mind that title check companies are only as good as the information that they collect from other sources. Some of the sources that they collect data from may be delayed in pushing their data to the system.
•Remember that a vehicle’s flood history may take up to 30 days or longer to post on traditional consumer reporting sites. As such, the Commission recommends that individuals purchase motor vehicles from a licensed motor vehicle dealer, which they can verify at http://verify.tn.gov/.
•Because the vehicle could appear to be in very good shape, even if it has significant electrical and corrosion issues, it’s important to always have a trusted mechanic inspect a vehicle before purchasing it.
•Be aware that there will be many recreational and powersport-type vehicles that have been damaged as a result of the recent storms as well. •Keep in mind that there are lawful ways of reselling previously damaged vehicles. “Salvaged vehicles” can be repaired and sold as “Rebuilt vehicles” so long as they comply with the applicable laws. The Motor Vehicle Commission requires that licensed dealers provide a disclosure of the vehicle’s history as previously been a “Salvaged vehicle” on a Commission approved form.
•If you suspect a licensed dealer* has sold you a vehicle with a salvage history and failed to disclose it, you may file a complaint here.
•The Commission is not responsible for collecting or enforcing any refunds from unscrupulous sales but may take disciplinary action resulting in potential civil penalties or suspension or revocation of a dealer’s license.