After slightly more than an hour of deliberation, a Hardin County jury found local resident Josh Steakley guilty of simple assault Thursday regarding an altercation with his former neighbor, County Commissioner Mike Jerrolds. 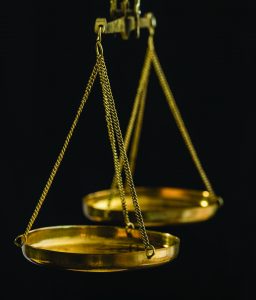 The crime is a misdemeanor which carries a maximum sentence of 11 months and 29 days in jail.
Steakley and Jerrolds testified in the day-long trial. Sixteen witnesses were produced, 10 for the prosecution and six for the defense.
Steakley is scheduled to next appear on March 25 for a status hearing on a host of other charges. Circuit Court Judge Creed McGinley, who presided over the trial, is not expected to sentence Steakley on yesterday’s verdict until the resolution of the other charges.
Because he was found guilty of only a misdemeanor, McGinley allowed Steakley to remain free on bail until the resolution of the remaining charges.
(For complete trial coverage, read the March 7 print edition.)