Authorities say a Hardin County deputy sheriff suffered a dislocated knee during a scuffle while trying to arrest a woman believed to be in a drug-fueled frenzy Wednesday morning.
Deputy James Damron is reportedly recovering from the injury after his kneecap, which is said to have been twisted completely to the side, was relocated and his leg was splinted, and he was transported to Hardin Medical Center for treatment. 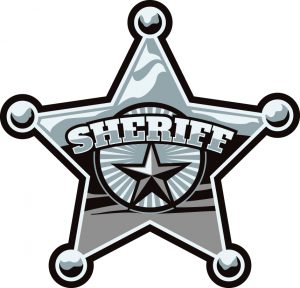 Hardin County Sheriff Johnny Alexander said this afternoon that Tammy Ford, of Savannah, has been arrested and is being treated at HMC. He said she has a long history of drug-related involvement with law enforcement.
“Deputy Damron was coming down Florence Road when he encountered a lady acting strangely,” Alexander said.
“He pulled into Ace Tire to confront her, and she crossed over to the car wash and attempted to enter a couple of cars that weren’t hers.”
Then, Alexander said, the woman – now known to be Ford – crossed back over to Ace Tire and entered an occupied car, also not belonging to her. After a short disturbance inside the car with the woman who actually owns the vehicle, Ford got out. At that time Damron caught up to her and moved to make the arrest.
According to Alexander, Ford immediately put up a wild, frenzied struggle during which Damron was injured.
“She’s not even a big woman, but in that state of mind, people can really do things physically that would surprise you. The Taser did not faze her,” Alexander said.
He said Savannah Patrolman Ben Cossey and off-duty Clifton Police Chief Byron Skelton arrived to assist Damron. The two subdued and handcuffed Ford.
Alexander said Ford has not yet been charged in connection with the 11 a.m. incident, but she will likely be facing charges of resisting arrest and aggravated assault on a law enforcement officer.