The “Granddaddy” of all Catfishing events – The National Catfish Derby’s World Championship of Catfishing – takes place Saturday, Oct. 6, in downtown Savannah.
“This event does not just include fishing, but great family-oriented fun for all. It will be an unforgettable time for everyone, with kids’ activities, classic cars, arts and craft vendors, food and more,” said event organizer Mary Beth Hopper. 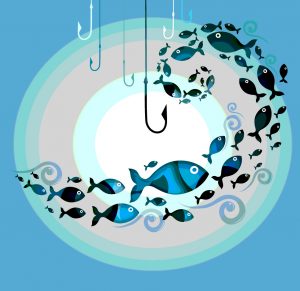 Savannah is known as “The Catfish Capital of the World.” Through The National Catfish Derby’s events, Hardin County’s national recognition in the fishing industry has grown.
With the passing of promoter Ken Freeman in January, Tennessee River Productions and Southwest Tennessee Tourism have taken on efforts to keep the Catfish Derby tradition ongoing.
The Sportsman Division, the most popular of the derby’s rodeo, will have some changes this year. This year’s derby is an hourly event for bank fishing held on the same day as the World Championship of Catfishing. From 8 a.m. until 2 p.m., there are hourly weigh-ins at the event site in downtown Savannah. Prizes are awarded for the three largest fish weighed each hour, plus a prize for the largest fish of the day.
The WCC features special recognition to the best youth, lady and senior participating teams this year and the coveted World Championship of Catfishing Belts.
Other events that day include a classic car cruise-in, a catfish skinning contest, and a catfish cook-off. Live music starts at 2 p.m. featuring “Wired” and Bri Alexander, as well as “El Bandito” from Cleveland, Tennessee.
Derby sponsors this year are Packaging Corporation of America, Counce Mill, Hardin County, City of Savannah, Hardin County Convention and Visitors Bureau, Tennessee Department of Tourist Development, Cypress Creek Outdoors, Southwest Tennessee Tourism Association and Tennessee River Productions.
All events, other than the fishing tournaments, are free and open to the public to view and or participate.
For more information on the National Catfish Derby’s World Championship of Catfishing and its events, visit www.facebook.com/tnriverproductions or call 731-610-9863, 731-616-7474 or 731-925-8181.